Last year, the Modern Quilt Guild announced a mini quilt swap. I had sworn off swaps for a couple of years because of time constraints and the fact that I wanted to focus on sewing for me as opposed to others.

But with my new life and new schedule (i.e. not working for the time being), I figured I had a bit more time to invest. So I signed up.

Partner information got sent out, Instagram swap teams were set up, and all was going along swimmingly. I mulled for a while, then settled on a design and fabric. An in-progress shot: 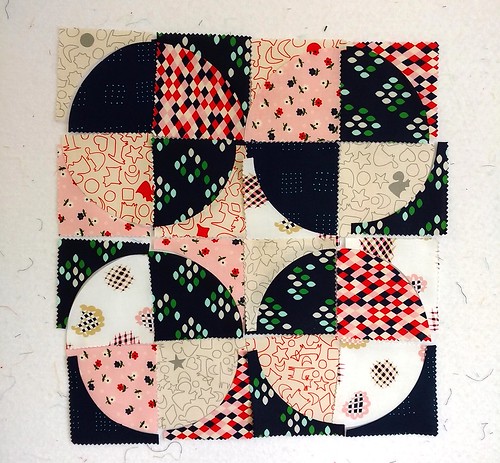 Before long, I had a pieced top. Since it's just a mini, I was able to get it layered and quilted quite quickly. I decided to block it after quilting so that I could coax those curves into submission. Everything was great until I was binding and noticed something that made my heart sink: 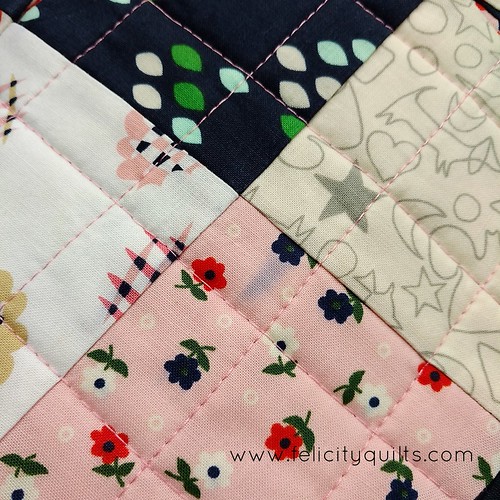 The blue flowers on the fabric (which I hadn't prewashed because I was using pre-cut charm squares) had run quite a bit.

I tried to fix it but I was terrified I would make it worse. After several nice commenters on Instagram said that it was lovely and I should just send it anyway, I decided to do just that. 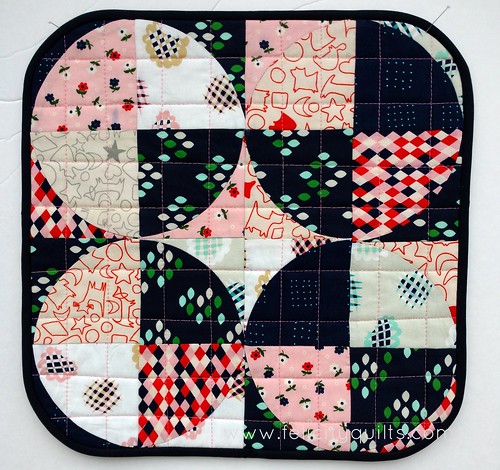 I think these rounded corners are a cool element:

But just in case my partner was unhappy with the blemish, I made a mini backup quilt using a gorgeous paper pieced pattern from Anne Play Crafts called Contour Feather. 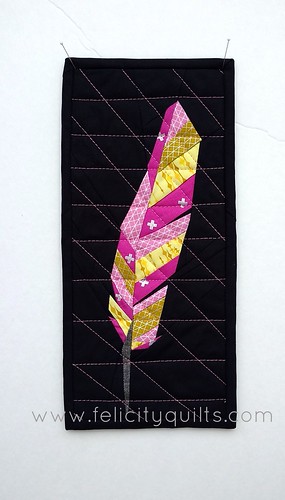 I quilted both minis using Aurifil 40 weight thread in a warm pink (2425) that looks quite bold against the Kona Pepper background. I like it! 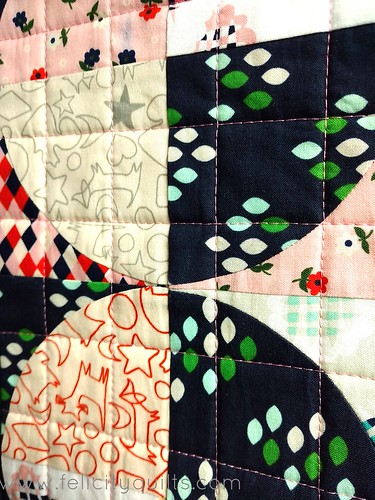 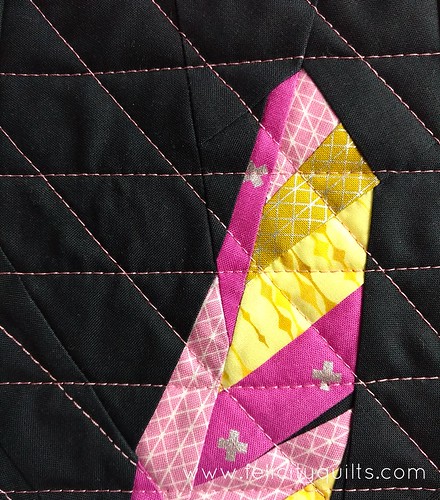 Finally, I added a label (identifying info blanked out of course): 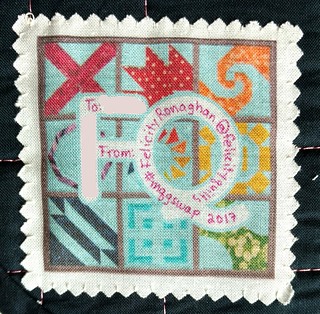 So this post is titled a Tale of Three Quilts. We've covered two. Now for the third. When I filled out my swap registration, I indicated that I would be willing to be a swap angel: someone who makes an extra quilt for someone whose original partner had to drop out of the swap.

I'd wanted to try Debbie A Quilter's Table's Cross Cut blocks ever since she did her quilt along, and serendipitously, the design seemed to work with what my angel partner was looking for. 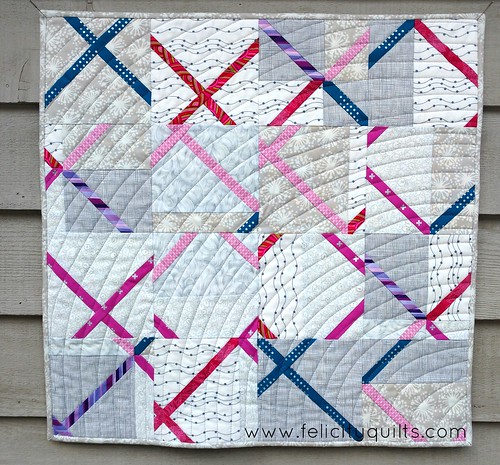 I do love a low volume scrappy background!

For the quilting, I eyeballed the first, smallest curve, then just followed the previous stitched line - also eyeballed - until the whole thing was done. 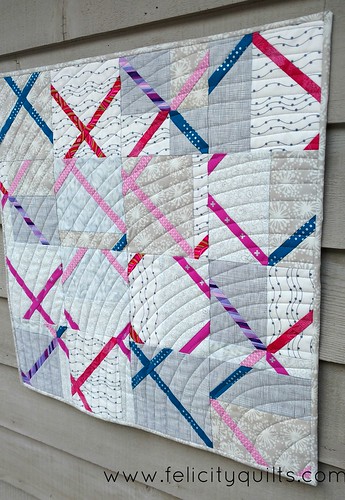 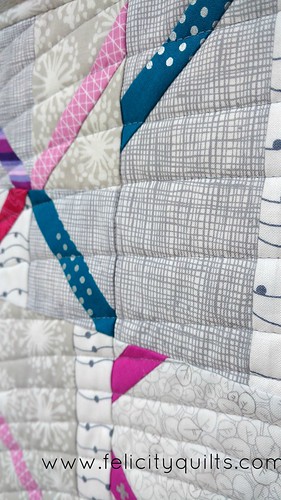 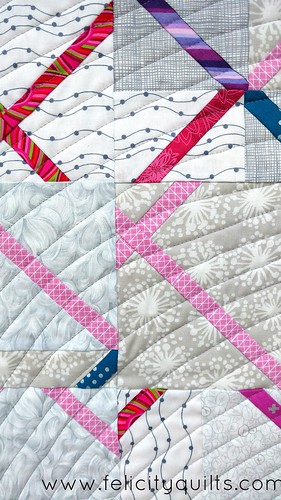 For binding, I used some of the low volume fabric and did a single fold binding to reduce bulk: 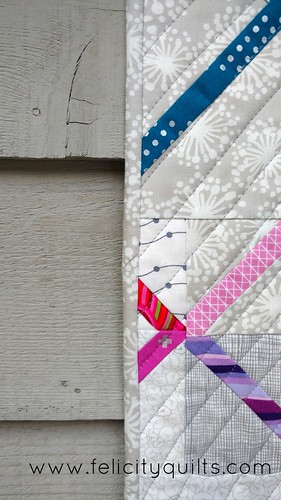 I'm glad that I could help out to ensure everyone who signed up for the swap and made a quilt gets one in return. I hope my partners like their quilts!
Posted by felicity at 1:51 PM