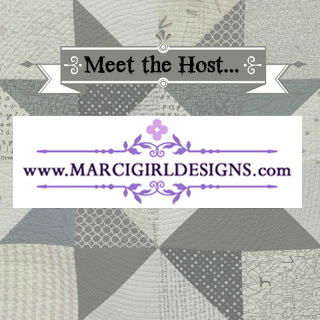 Hello!  My name is Marci Debetaz and I blog over at Marci Girl Designs and this month it is my turn to share all about myself as one of the 2017 Global Finish-A-Long hosts.  So here it goes... 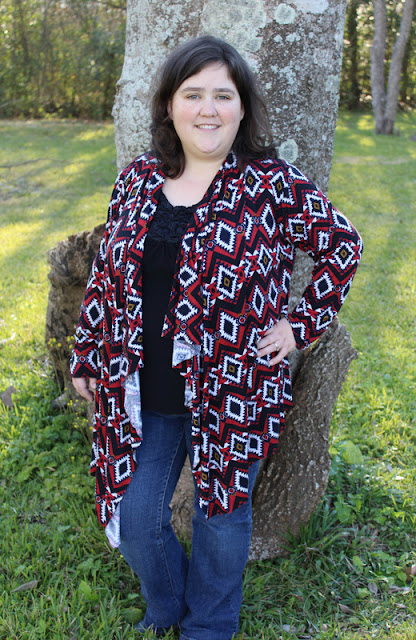 Here I am, 4' 11.5" tall, so yeah I'm short and this photo was taken a little over a year ago but I mostly look the same, or at least I like to think so.  I am currently 36 years old in case any of you were wondering because I know I have somewhat of a baby face.  I was born in Fort Walton Beach, Florida, USA but have lived most of my life now in Louisiana.  My family moved a lot when I was growing up, back and forth between Florida and Louisiana to finally settle in Louisiana much to my disliking, because honestly who wants to leave the beach for swampland?  Not me.  Anyways I went to Middle and High School in New Iberia, Louisiana and then attended College in Lafayette, Louisiana (about a 40 minute drive.)  I met my husband in my second year of College, we both were majoring in Industrial Design and we fell in love.  (Oh so sweet!)  So we dated a few years, got engaged and then married all before we finished College.  We graduated College together a semester after the wedding, both with degrees in Industrial Design.  We found jobs, worked, you know, regular married life and then a few years later we bought our first house. 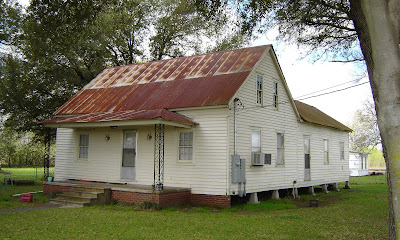 Here is our MAJOR fixer upper 13 years ago when we bought it (though this photo was taken after some serious cleaning up of the yard.) 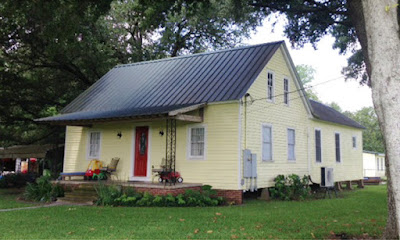 Here is our home today, and what you can't see on the back corner of this house is the major addition we are adding and have been working on since February of this year, doing ALL of the work ourselves.  We are hoping to be finished by Christmas, but who knows,  fingers crossed.  I had to mention our house because it has been a major focus of all my free time this year, which stinks because I miss sewing and quilting but will totally be worth it when we are done.

Ok, I got off track.  So after we bought our house we had three kids, two boys, 9 and 5 and our little girl who just turned 2.  I don't post about them directly on social media for their privacy but I promise they are super cute.  It was after my first child was born that I really picked up the sewing/quilting bug again.  I say "again" because I grew up sewing and quilting.  My mom did both and taught me.  I started by making Barbie doll clothing, then that turned into small quilts and sewing my own clothes through High School.  Then when I was in College (and falling in love) I didn't have much time for those hobbies and they fell by the wayside.  After my first was born I became a stay at home mom and discovered I had lots of free time during naps.  Thus my hobbies began anew! 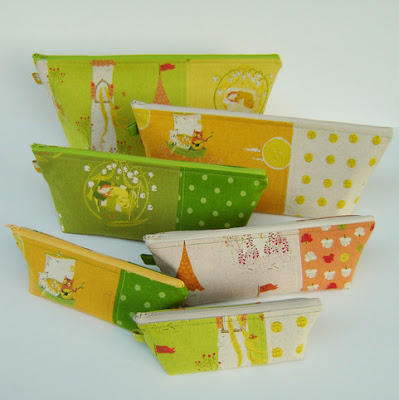 I started up my hobby again making handbags and pouches which I quickly realized I had way too many handbags and pouches, so I opened up an Etsy shop.  I had my shop open for a few years until I closed it at the end of 2011 right before my second son was born.  I always had intentions of opening again after his birth but alas it never happened.  I do hope to one day open up my shop but for now I am enjoying sewing for my family and friends. 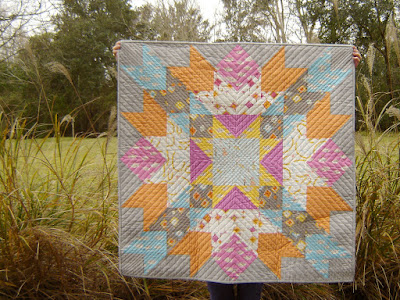 It wasn't long after I started sewing again that I discovered the world of blogs and designer fabric.  Let's just say that was a total game changer for me and the true obsession began.  I decided to start my own blog in February of 2010 and have been doing so on and off ever since.  I use my blog as a form of diary or portfolio of things I have made through the years and though I find the writing difficult I am glad that I push myself to do so because it is so nice to go back and read about my own projects, many of which I have already forgotten about. 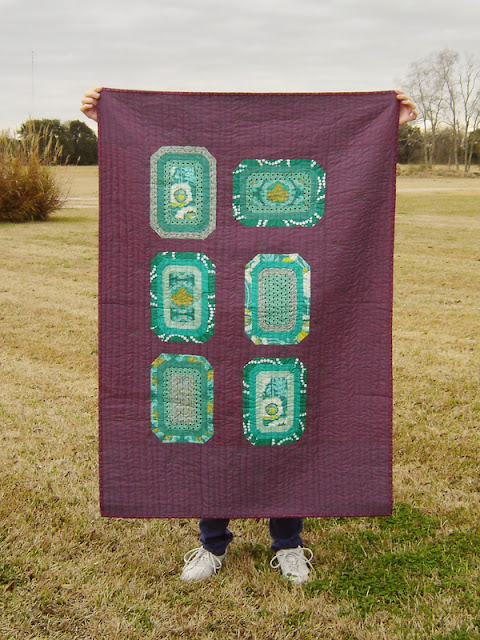 I love participating in Quilt and Sew Alongs and the occasional competition (for fun, I don't want to stress about it.)  The above quilt was created for the Emerald Pantone Quilt Challenge (I can't remember the year.)  It currently hangs in my bedroom.  This quilt is my original design and entitled, "Emerald Cut." 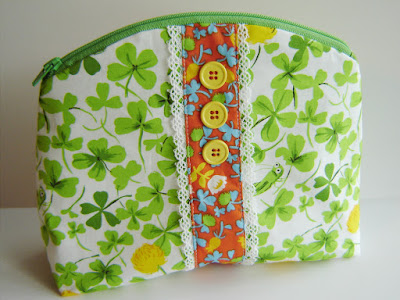 I will still occasionally make handbags and pouches, I design my own patterns plus make them from independent pattern designers.  The pouch above is one of my designs. 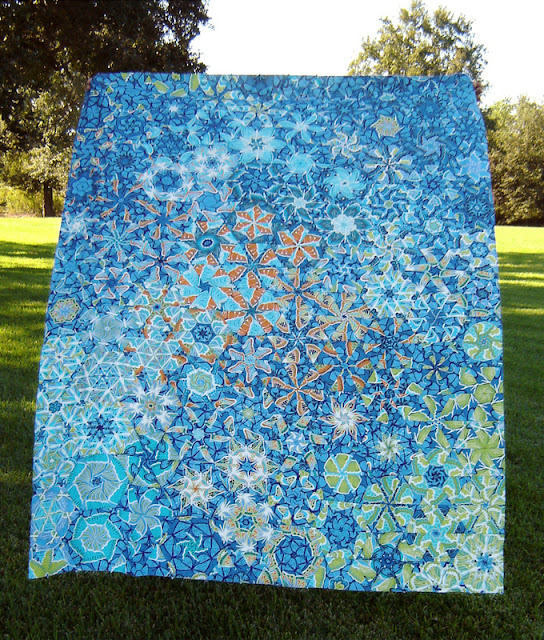 I make way more quilt tops than finished quilts, sadly I have a huge WIP pile.  The photos above and below are examples of two of these quilt tops awaiting quilting.  The top is a One Block Wonder quilt created from just one large scaled print fabric. The quilt below is another Pantone Quilt Challenge, the color that year was Radiant Orchid, this quilt is also my own design.  It is one of my personal favorites. 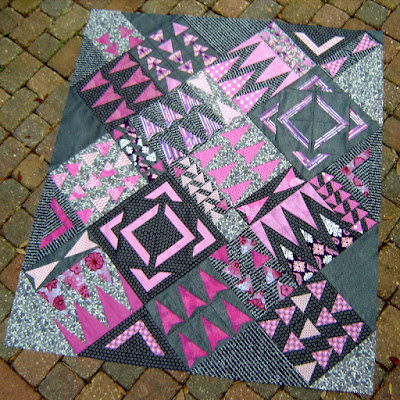 In 2014 I was chosen to be a contestant in an online sewing challenge called "Sewvivor."  The bag below was my entry for the very first round, which was nautically themed.  Though I didn't make it past the first round, I made a great new set of online sewing friends and had a ton of fun in the process. 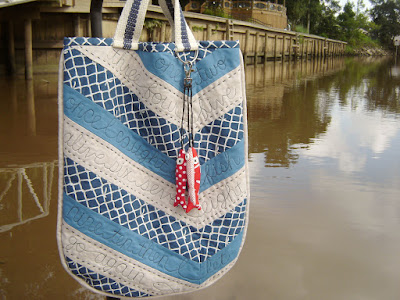 Within the first year or so of blogging I also found Flickr and through Flickr I found out about online Quilting Bee's.  I quickly joined several and have never looked back.  I made friends in those first groups, that I still have today and we are still sewing bee blocks for each other.  Though Flickr isn't as predominant these days, things have shifted over to Instagram and the fun continues.  A few years ago most of my quilting bees were coming to a finish and two of my fellow bee mates decided to create a new hand picked group that they named Bee Sewcial.  The concept of the group is that we stay connected and in touch, use only solids and work in improv.  This is our third year together and honestly one of my favorite things to do every month.  The creativity involved and the friendship is just so fantastic.  At the end of our first year together we opened up the sewing prompts to everyone interested and anyone can now sew along with us using the hashtag #inspiredbybeesewcial. 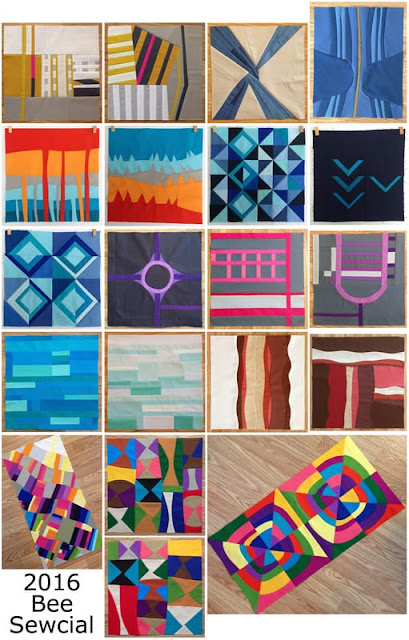 I guess that about sums of my life.  Stay at home mom to three, in between running the kids to school and nap times I sew and quilt.  I have tried crochet, knitting, tatting, beading and about every other craft you can think of but in the end I always return to sewing and quilting.  I love improv but I also love traditional quilt blocks.  I love to sew clothes, handbags and pouches.  Don't ask me to alter your clothes or to iron like normal people.  It isn't going to happen.  I have a huge pile of WIP's and have been participating in the Finish-A-Long since its inception.  I was thrilled to be asked to host this year and I have been slowly working through that pile.  I do so hope you join us this year!

I'll end my post reminding everyone that in 10 days the second quarter finishes link up opens, you still have time to finish those projects so get to work!

Thank you for joining me today, Marci
Posted by felicity at 11:27 PM